Internationally-acclaimed Edinburgh author Alexander McCall Smith CBE was presented with the prestigious Edinburgh Award 2020 in a ceremony at the City Chambers on Tuesday 28 September.

The coveted annual award honours an outstanding individual who has made a positive impact on the city and gained national and international recognition for Edinburgh.

Surrounded by family, friends and invited guests, Mr McCall Smith received an engraved Loving Cup from Lord Provost Frank Ross and was reunited with a set of his handprints preserved in stone in the City Chambers quadrangle.

Emeritus Professor of Medical Law at the University of Edinburgh, Mr McCall Smith became a hugely successful novelist through his The No. 1 Ladies' Detective Agency, The Sunday Philosophy Club and 44 Scotland Street book series, the latter of which is set in the heart of Edinburgh's New Town.

He is now one of the world's best-loved writers for both adults and children and his books are published in 47 languages.

It's an honour and a pleasure to present one of the Capital's most prestigious accolades, the Edinburgh Award, to Alexander McCall Smith. His bestselling novels continue to draw positive, worldwide attention to the city and I’m delighted that fans of his work can now enjoy seeing his handprints immortalised in stone on our very own Edinburgh Award ‘walk of fame’.

I am immensely honoured by this award and by the kindness of the city in conferring it on me. I have spent my entire adult life in this city and would not wish to live elsewhere. It is a wonderful city in every respect and I am so proud to be one of its citizens. 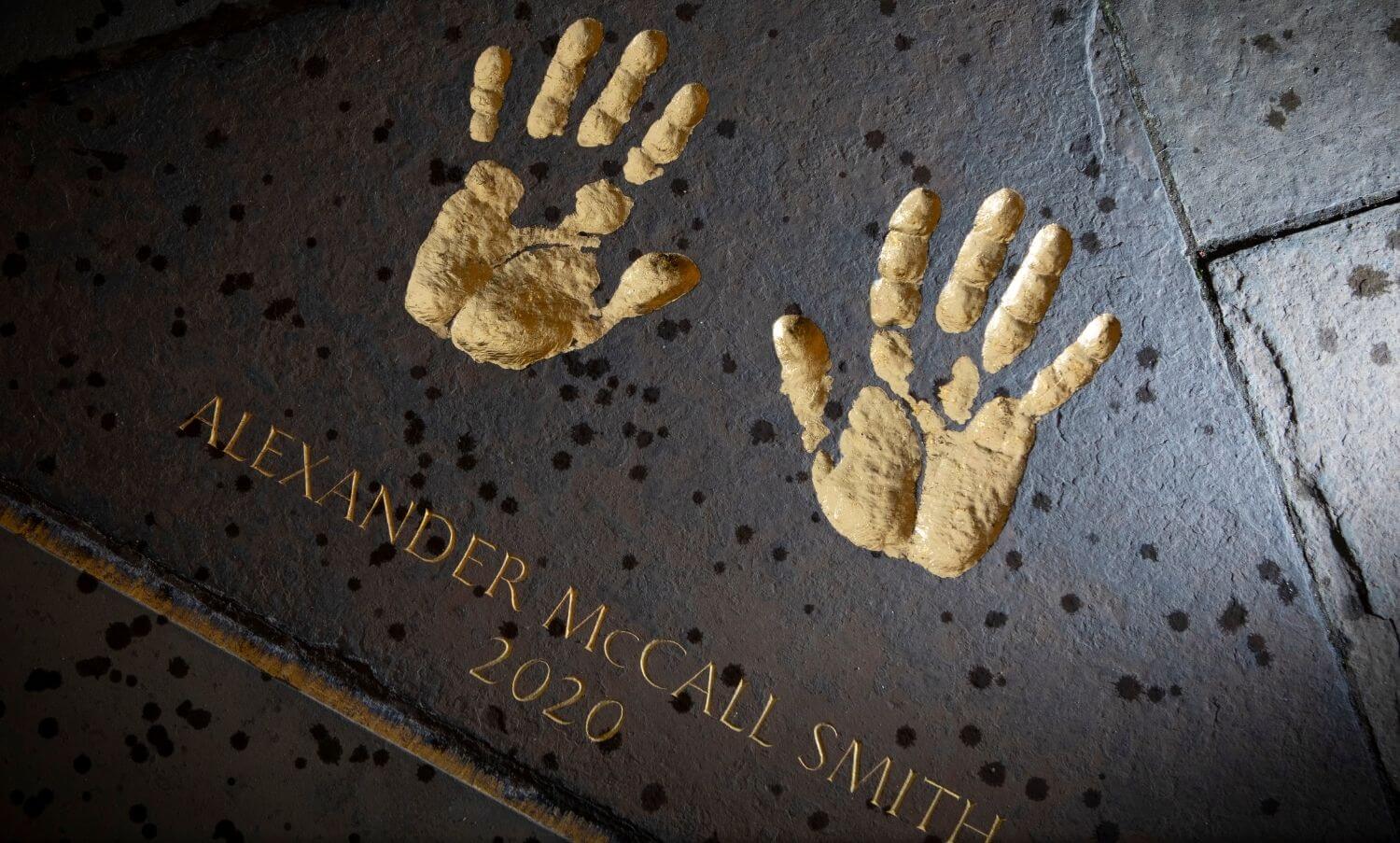 The Edinburgh Award was established in 2007 and is now a prestigious annual award to honour an outstanding individual who has made a positive impact on the city and gained national and international recognition for Edinburgh. Nominations for the 2021 recipient will open shortly.

Stay up to date

Our bulletins are published regularly. Find the latest edition on our updates page.